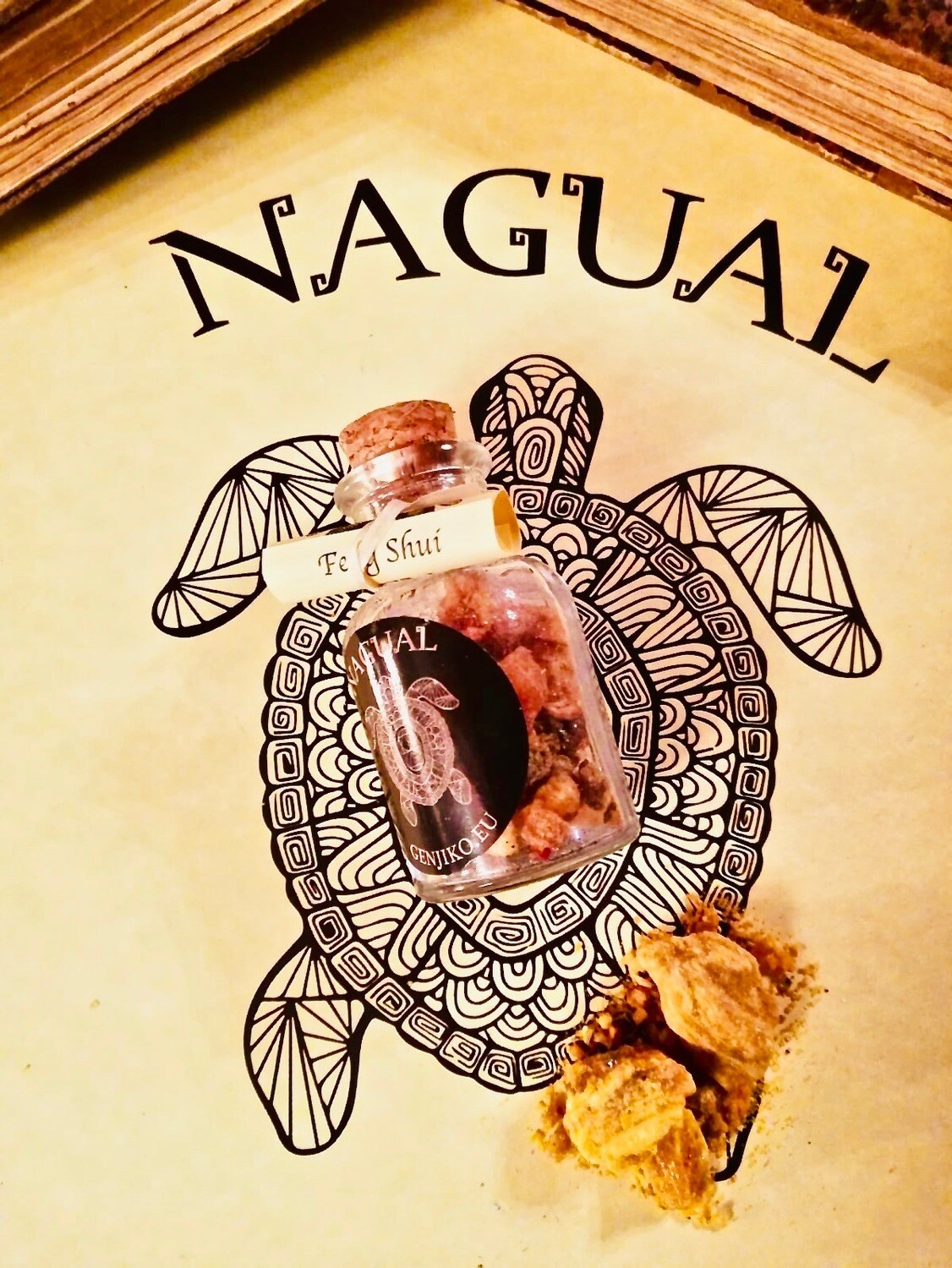 All our resins are 100% natural, they are sold by the gram, so the price is to be understood by the gram, this to give you full freedom in creating your own packages and if you want your blends, as alchemists of aromatic notes, you can create your own. meticulously recipes gram after gram!


Please note that the minimum of grams to buy of the same quality of resin, to receive them in the alchemist's glass ampoule is 15 Gr. Vice versa if the quantity is less you will receive it in a sachet of plp, polypropylene, a thermoplastic characterized its resistance and durability 100% recyclable and extremely easy to dispose of.

However, if the quantities exceed 30 Gr. Of the same quality of resin you can, in the order notes, specify how you want the packaging, in the ampoules that contain a maximum of about 30 gr. (depends on the product) or in a single plp bag, if not specified we will do it according to the quantity ordered, distributing the product in one or two ampoules and the rest in the plp bag.

Feng Shui resin
Feng shui (風水 T, 风水 S, fēng shuǐP) is an ancient Taoist geomantic art of China, an auxiliary of architecture, akin to Western geomancy. Unlike this, however, it also takes into consideration aspects of the psyche and astrology.

Thus this resin balances personal energies and those of the environments, helping to bring them back to a harmonious state, it is therefore advisable to also follow the basic rules of feng shui to amplify its effects. Resin, with an intoxicating aroma, which without excess, envelops and reassures by energizing the psyche, the environments and consequently the body, giving freshness and increasing our ability to concentrate and our ability to live in the present,

What is Feng shui
Origins
There is no unified doctrine or canonical texts on feng shui, but there are numerous schools that have developed a complex set of rules, the two most important being San Yuan Pai and San He Pai.

Feng shui literally means "wind and water", in honor of the two elements that shape the earth and that with their flow determine the more or less healthy characteristics of a particular place. According to Taoism there are two general principles that guide the development of natural events, they are the Ch'i and the dynamic balance of Yin and Yang. Yin is the dark and feminine wet principle, while yang is the bright and masculine warm principle. In feng shui, yin is represented by water and yang is the wind intended perhaps more as a breath, basically water and air are essential for life. In feng shui the I Ching is practiced in the Bagua when furnishing the interior of buildings.

One of the main schools of thought is that which places the origins of feng shui in astrology, and in particular in the Ki of the 9 stars, also based on the principles of Yin and Yang. This horoscope consists of 9 numbers, associated with the 5 elements (fire, earth, metal, water, wood), each of which corresponds to a direction. Fire is associated with the South, and indicates brightness, creativity and inspiration, the spirit. Water is associated with the North and concerns rest, interiority and interpersonal relationships. The metal in the North-West and in the West and concerns organization, financial activities, investments. Land in the Northeast and Southwest and concerns government, social, nutrition and health. Wood in the East and South-West and concerns travel, trade, inventions and information technology.

The origins of feng shui, although uncertain, appear very ancient and tombs dating back to the Neolithic have been discovered that seem to follow the principles in their construction. Advances in knowledge of all the arts that contribute to feng shui are traditionally attributed to mythical rulers such as Fu Hsi and Huang Di. In the centuries preceding the first emperors of the Qin dynasty, feng shui, called Ka Nyu ("study of the Earth"), was part of the divinatory arts that were dealt with by political and military advisers. Other authors, however, report it up to the times of the Xia dynasty with the observation of turtle shells in the shu square, discovering together also the I Ching, astrology and Chinese numerology. [1]

It found an initial arrangement and organic definition in the fundamental Zang Shu ("the book of burials") by Guō Pú (郭璞, 276-324). The author describes how the energy of the Dragon (Qi) descends from the mountains, dispersing through the winds, and stops in front of a body of water, where it collects and condenses. The beneficial vital energy is therefore the result of a balance of forces, created by the presence of landscape elements and conformations that create the conditions for the "luck" of a place or building.
The principles in a house
According to the supporters of the feng shui hypotheses, there would be more propitious directions for the various activities in the home, in life, and in travel, as well as the shape and color of furniture and objects have similarities with the 5 elements.

For example, according to the principles of feng shui, a house to be well built should be square or rectangular with no corners or missing parts and with a regular shape, it should have a green dragon in the East (tall plants that protect this side), a tiger white to the West (there may also be plants on this side, but lower), a black turtle to the North (a hill or a large boulder) and the red phoenix to the South (it can also be in a symbolic form, for example a stone with a red thread wrapped around). The southern part of the building is the most exposed to the light and heat of the sun (at least in our hemisphere) so it is considered to correspond to fire and yang. The north part of the house is considered to correspond to water and career. Precisely because water corresponds to the most Yin element of the horoscope, it is the most suitable direction for rest. In fact, one of the feng shui tips (almost a broach) is to sleep with your head facing north and your feet facing south. Each direction has a relationship with an aspect of life, family, children, happiness, friendship, career and fame, help from parents, wealth etc.

Among the Chinese and some neighboring populations (especially in Korea and Southeast Asia) we often turn to a feng shui expert for the choice of the land on which to build, for how to orient the house and the main door based on the date of birth. of the head of the family, and also to choose the start date of construction and the date of transfer of the family to the new home. According to cultural traditions, a feng shui expert is also believed to be able to evaluate a house from an energetic point of view, and to decide which are the "remedies" to be adopted to harmonize the energy inside the house and bring to the family that prosperity and serenity inhabits it. The streets of a city, even if they are straight, should have right-angled turns, because the excessively long and straight streets according to the theories of Feng shui could convey poisonous energy; this style is present in many ancient cities around the world, built with zigzag (or even 'bayonet') streets to hinder invasions. The roofs of traditional buildings have the corners turned upwards, while in gardening the hedges run along the perimeter limit to protect the interior giving the basis for the styles of gardening.

Historical references to Feng Shui
The first references to feng shui (or geomancy) practices in the writings of Western witnesses can be read in the works of Jesuit missionaries such as Matteo Ricci and Martino Martini. Usually these authors tend to dismiss these kinds of practices as silly superstitions, even though Martini - who wrote decades after Ricci - seems to show greater understanding of the role of geomancers in planning great public works. In the works of the Jesuits, geomancers are defined as "geo-logos" or as "gold-logos", because they interpret the shape of the earth or mountains.

Correspondences and cycles in Feng Shui

The concept of Tao underlies Taoism and feng shui. The Tao can be defined as the cosmic process of continuous becoming that involves everything or being. This eternal becoming develops in cycles (e.g. the day / night cycle, that of seasons, years, eras; or even that of human life, etc.). According to Taoist cosmology, before its manifestation the Tao is formless, perfect, serene, empty, solitary, immutable, infinite, eternally present [2]. Taoism explains that the Tao manifests itself through a process of dualization and then of pluralization. Each of these stages [3] has a name:

0) Wu Chi (or Wu ji) [4]: it is the pure, infinite, endless and boundless state in which the energy is not yet manifested
1) Tai Chi (or Tai ji): it is the "original One", the absolute and undifferentiated state with infinite potential. A first dualization takes place in it
2) Yin and Yang: they are the two opposite poles of positivity and negativity that originate from the original One
3) Chi (or Here): it is the energy, that is the manifestation of the Tao in the universe through the cycle of Yin and Yang
4) The "Five elements" or the "Five phases of energy". From the interaction between Ying and Yang the energy is expressed in 5 ways called "elements": the "Water" (an element which, if undisturbed, spontaneously becomes calm and static), the "Wood" or "Tree" that develops from the first (the energy at rest has an enormous potential, which sooner or later manifests itself; this explosion is represented by the tree that comes into activity in the spring), the "Fire" in which energy flows with constant uniformity (the element is therefore able to sustain a high energy level for long periods). Once the expression of the energy is over, the "Metal" appears in which it condenses. Thus we arrive at the balance, harmony and interconnection between all the other 4 energy states: this phase is represented by the "Earth"
5) The "Eight forces of nature": they too result from the interaction between Yin and Yang. Together they form the 8 trigrams of the bagua and combined they give rise to the 64 hexagrams of the I Ching.
The cardinal points and the colors of Feng shui
In Chinese geography, much importance is attached to the Center, almost as if it were itself a cardinal point. Adding also the Center to the four cardinal points of Western geography (this is the result of the ancient, Islamic and medieval Christian tradition [citation needed]) we obtain a system of five directions particularly suited to relations with the Five Elements or Wu Xing. 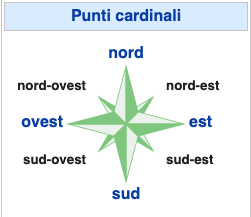 ___ Blue - Color of the North, positively reflects on career and success
___ Purple - It is the color of friendship, exchanges and travel and goes Northwest
___ Yellow - in the West stimulates creativity and is perfect for children
___ Orange - Southwest, protects marriage and social relationships
___ Red - To be placed in the South, it evokes wisdom and good physical shape
___ Brown - Health and wealth to be preferred in the Southeast
___ Green - To the East, perfect for those who study, it evokes knowledge and enlightenment

Save this product for later
Display prices in: EUR