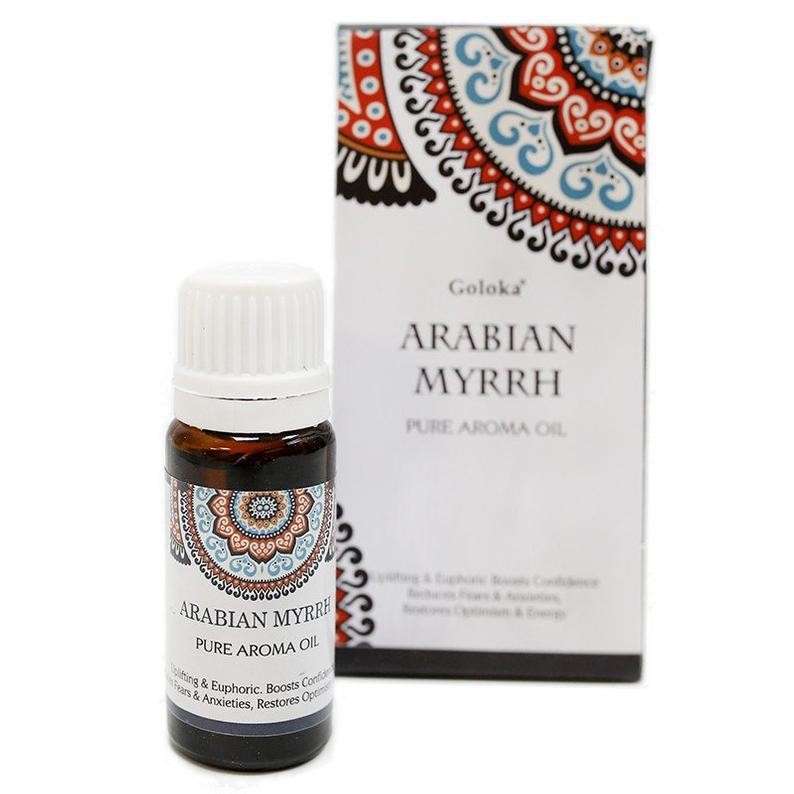 Myrrh is a resin, or sap-like substance, that comes from a tree called Commiphora myrrha, common in Africa and the Middle East. Myrrh is botanically related to frankincense and is one of the most widely used essential oils in the world.

Myrrh is commonly known as one of the gifts (along with gold and Frankincense) of the three sages brought to Jesus in the New Testament. In fact, it was mentioned in the Bible 152 times! it was an important herb in the Bible, as it was used as a spice, a natural remedy and to purify the dead.

Myrrh oil is still commonly used today as a remedy for a variety of ailments. Researchers became interested in myrrh for its potent antioxidant activity and potential cancer treatment. It has also been shown to be effective in fighting certain types of parasitic infections.

Myrrh essential oil has been used for thousands of years in traditional healing therapies and religious ceremonies. Historically the most common uses of myrrh oil include:

As an antiseptic to cleanse and heal wounds

The Chinese frequently used myrrh and today it is part of traditional Chinese medicine. The main oil used by the Egyptians for embalming was myrrh and the Jews used it to make the holy anointing oil which was used in services.

Historically the most common use of myrrh oil was to burn the resin on hot coals. This released a mysterious spiritual quality in each room prior to each religious ceremony. It has also been used in aromatherapy for its ability to induce in meditative states and for prayer, usually in combination with Frankincese.
Save this product for later